Please visit me at my brand-new site: http://www.seasidestateofmind.com
for my latest posts and pictures of all things seaside.
Hope to see you there!

Are you new to blogging, and do you want step-by-step guidance on how to publish and grow your blog? Learn more about our new Blogging for Beginners course and get 50% off through December 10th.

WordPress.com is excited to announce our newest offering: a course just for beginning bloggers where you’ll learn everything you need to know about blogging from the most trusted experts in the industry. We have helped millions of blogs get up and running, we know what works, and we want you to to know everything we know. This course provides all the fundamental skills and inspiration you need to get your blog started, an interactive community forum, and content updated annually.

Originally Appeared in the Sun by the Sea… 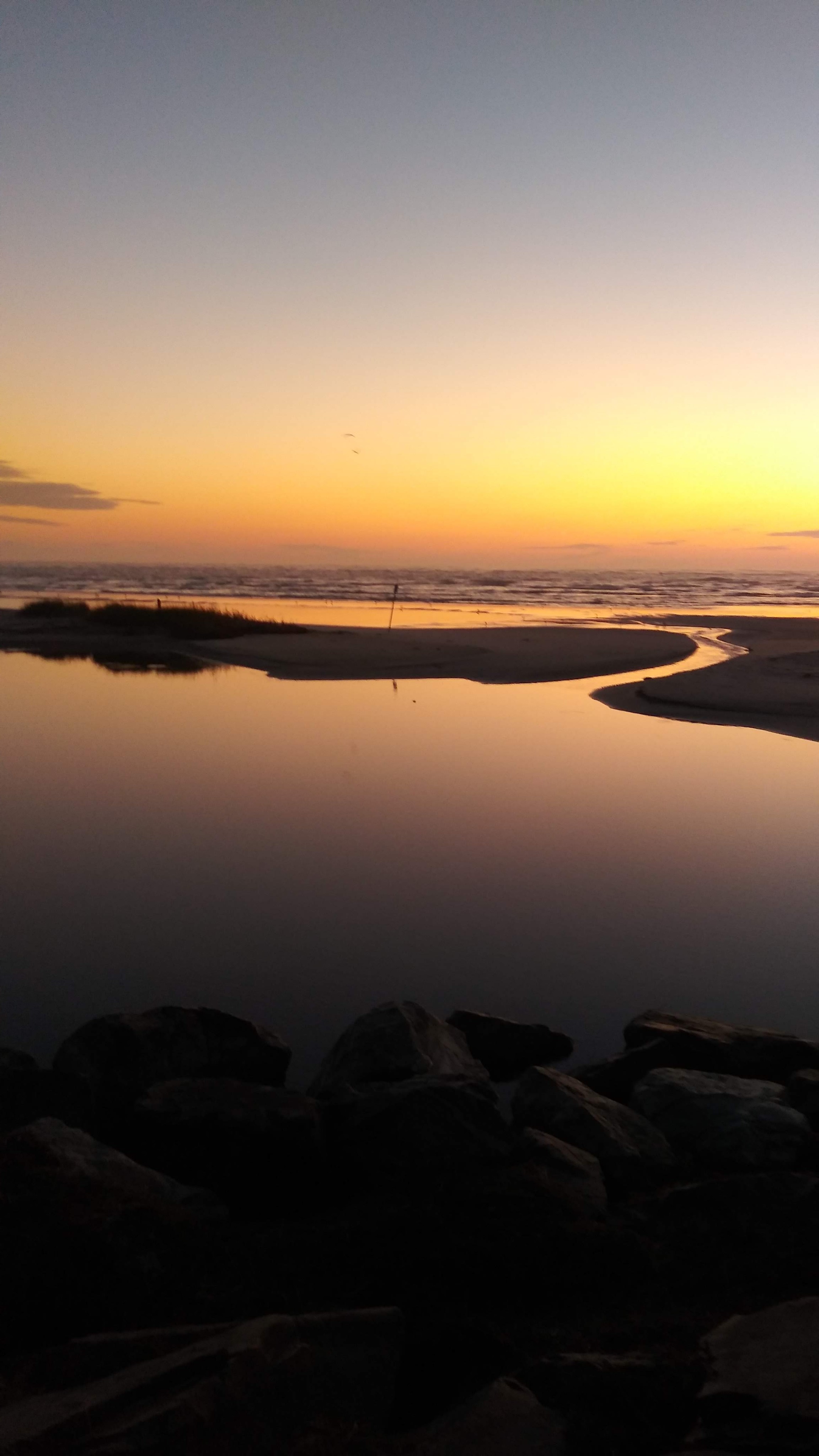 September sinks into summer’s dwindling dog days. Heads back to school. Trades beach bags for book bags. Gets an A+ in all things coastal! Welcomes the Irish in everyone at the Fall Festival. Arrives early for each fabulous fall event. Attends a fishing tournament. Appreciates fading daylight. Builds memories bigger than sandcastles. Brings breezy autumn along for the ride…

September is surrounded by a bittersweet blend of orange, yellow, and gold. Wakes to the sound of lingering birds. Takes a last chance for a barefoot beach walk. Feels the hot sun mixing with the cool sand. Smells the morning glory. Feeds the squirrels. Jumps into a pile of color-changing leaves. Trades tank tops for tee shirts, sandals for sneakers. Plants a tree. Celebrates Indian Summer. Dances in a garden. Drives with the windows down. Smells the salt air. Makes tomato soup. Eats carrot cake. Stocks up on apples. Drinks apple cider. Watches a football game. Thinks positive. Participates in a treasure hunt. Chops wood. Cleans out the fireplace. Captures life’s sweetest moments. Touches the soft mist. Sleeps beneath the stars. Lives by heart. Knows what it means to be home…

Originally appeared in the Wildwood Sun by the Sea magazine

Ben Franklin once said, “Time is Money.” Ben could have used a little time by the sea, where time is not measured in dollars and cents, but by the ebb and flow of the tides. After all, who can put a price on a day spent doing little more than staring out into the ocean (except, of course, the ice cream man, who’s gotta make a living?) Ancient Egyptian Ptahnotpe one-upped the former economist when he was credited as stating, “The wasting of time is an abomination to the spirit.” He, too, could have used a day surrounded by saltwater and sandcastles. Maybe then he would have realized that spirits could only soar when inspired. Inspiration is rarely found in the tasks checked off, one by one, a “to do” list (unless it’s a “to do” list about what “to do” at the shore). Instead, it exists in lazy days and quiet walks. “To do” lists can wait when there are sandcastles needing to be built. Eventually the tide comes in, washing away each sandcastle, leaving behind their faded imprint only in the minds of the people who built them. Yet, is their value any less because their results are no longer visible to the eye?
Adair Lara, author of “Slowing Down in a Speeded Up World,” learned a valuable life lesson early on thanks to her mom. Mother to seven children, she avoided the convenience of a clothes dryer, preferring the quiet reflection she achieved through hanging laundry. Instead of complaining about a never-ending job, she thought about the child each article of clothing belonged to. Rather than be a slave to the passage of time, she found inspiration in its passing and meaning in what most others consider mundane.
Sue Bender, author of the book, “Plain and Simple,” states, “Satisfaction came from giving up wishing I was doing something else.”

Too often time is spent thinking about what comes next. Bender suggests that time is better spent valuing what’s in front of us, whatever it may be, as opposed to what lies ahead (which we can never really be sure). While there is still a need for “to do” lists (everyday can’t revolve around the beach), Bender’s philosophy finds each activity, no matter how small, as serving a greater purpose. She believes that all moments are important (not just the moments spent covered in suntan lotion and sand). Always looking ahead to more supposedly important things means never truly seeing what’s in front of us.
Each day has its own incalculable value no matter how it is spent. But if a price could be put on time, then isn’t time at the shore all the more valuable? 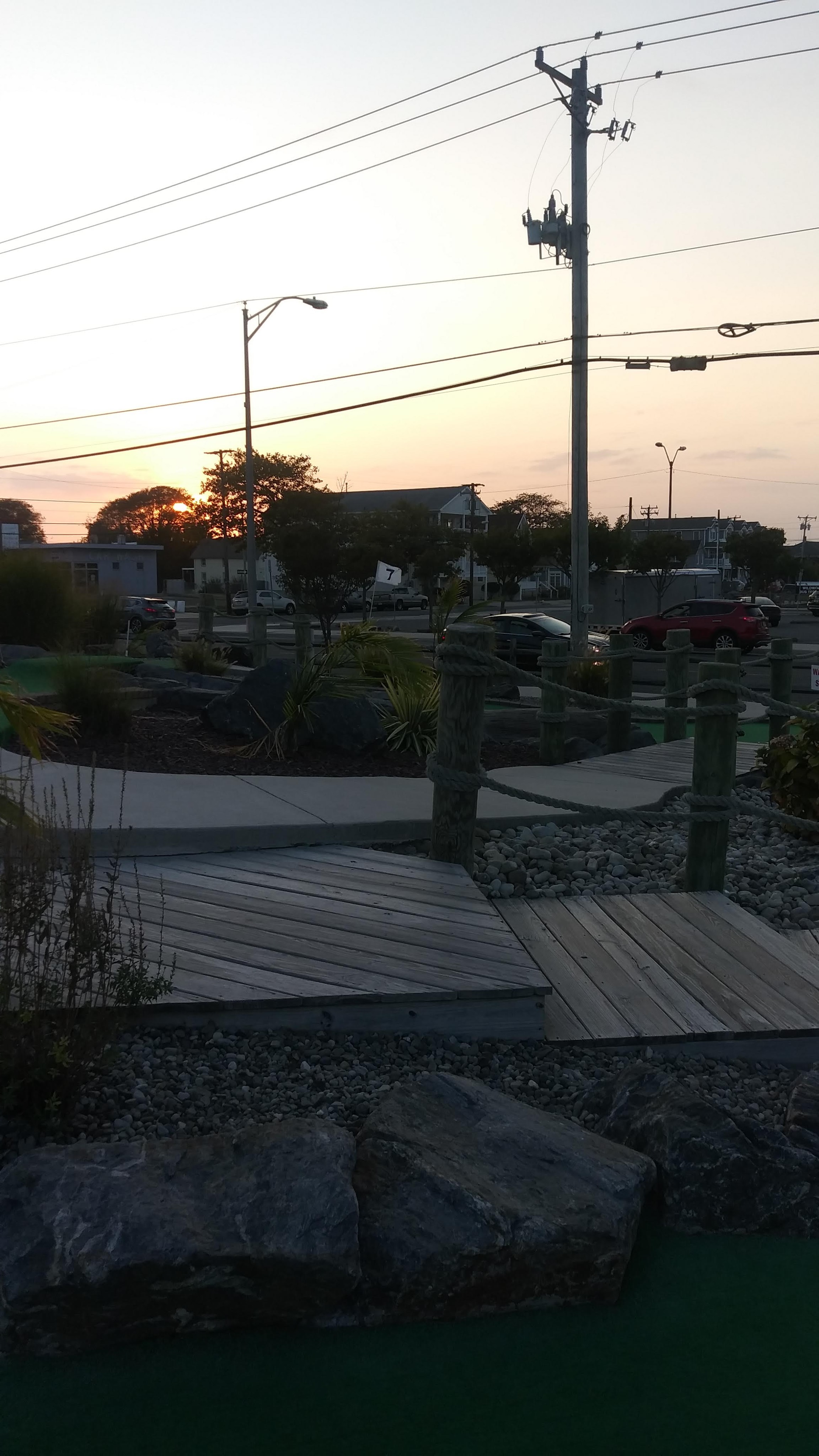 Originally appeared in the Wildwood Sun by the Sea Magazine…

“If we cannot live so as to be happy, let us at least live so as to deserve it,” said philosopher Immanuel Hermann Fichte. But what is this thing called happy? Are special tools required? For instance, is it only possible to be happy when surrounded by salt air and soft sand? If that were true, then the path to eternal bliss must be lit by a sun-drenched sky. That being said, can one be happy when SPF 30 deficient?
Determined to get to the root of this much sought after, yet elusive quality required some assistance (do you Yahoo or Google, being an equal-opportunity happiness seeker?) Turns out, there are approximately 93,000,000 schools of thought on this upbeat topic.
What did we do before the Internet? Presumably, people walked around thinking they were happy without having all of the facts. When taking this online journey in search of the cheerful facts, one inevitably encounters such categories as The Path to Happiness as well as The Top Five Ways to Find Happiness (which strangely do not include beach buckets or boardwalk strolls). Words such as self-fulfillment and self-actualization reside within the tour of euphoria. Clearly college educated, not to mention delirious, people have given this subject a great deal of thought. Apparently, no mere mortal can pass the happiness litmus test without consulting with the Internet guys, who seem to agree that in order to be happy, it is important for everyone to be all that they can be (they’ve done some borrowing from the army). Sunblock and sunglasses are not a requirement. However, further research (conducted off-line) does show that time spent at the shore can do just as much to up the happiness quota. After all, quality time spent by the sea is one way to live up to our potential.

Perhaps writer James Oppenheim said it best, “The foolish man seeks happiness in the distance, the wise grows it under his feet.”
May each of your footprints be indelibly marked in sand during this happiest of seasons. 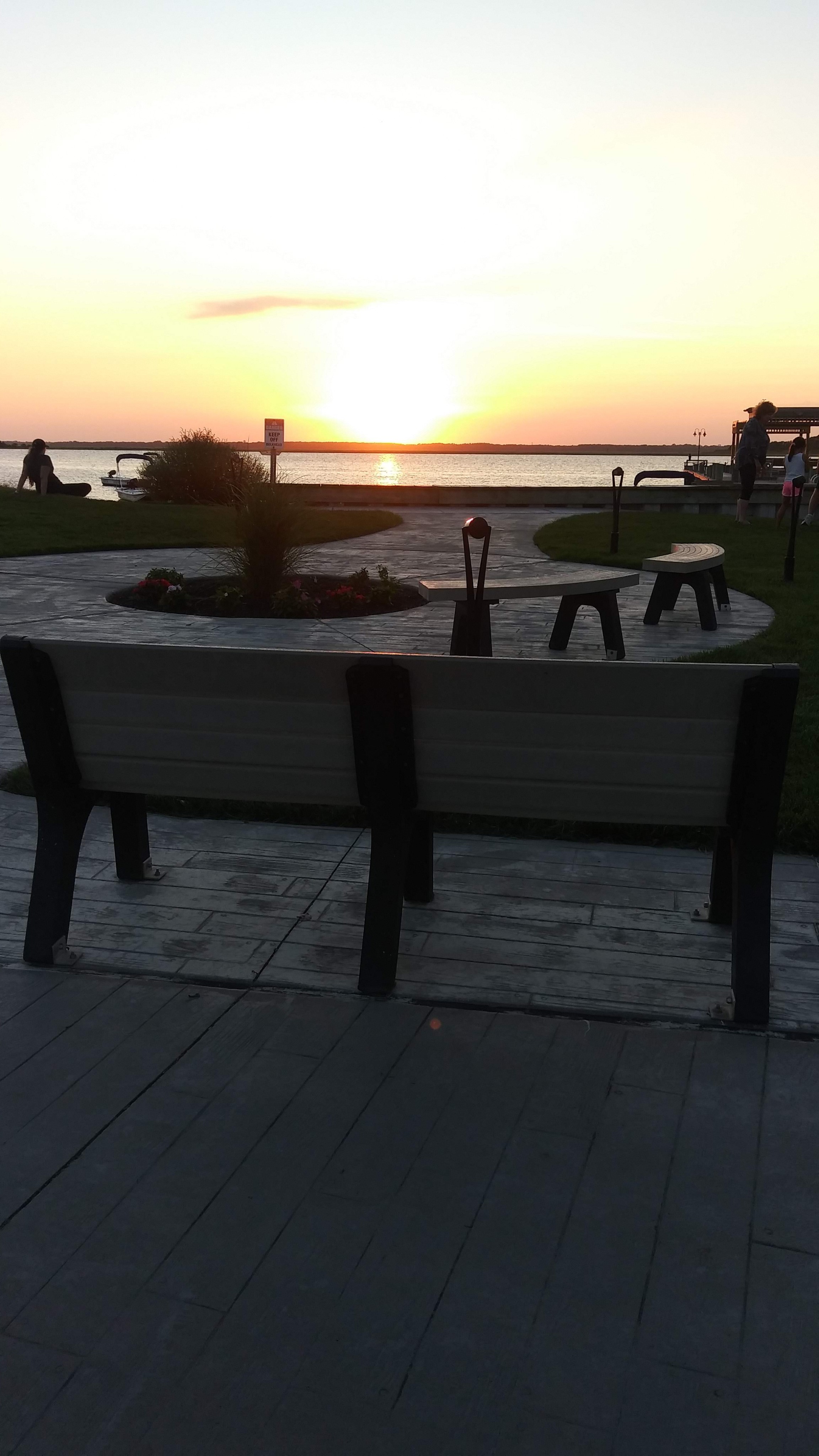 Originally Appeared in the Sun by the Sea…

“By all these lovely tokens, September days are here,

With Summer’s best of weather

Summertime is always the best of what might be…Charles Bowden 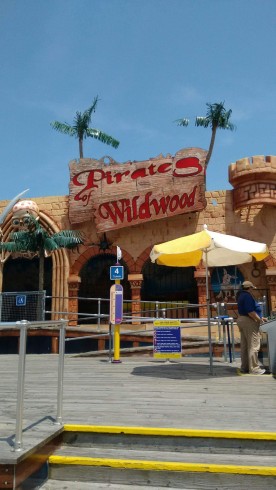 Every Summer Has It’s Own Story… 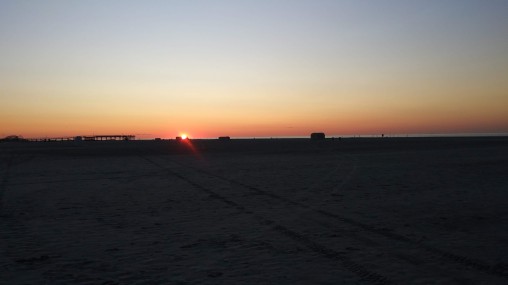 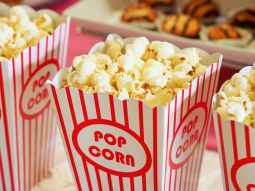 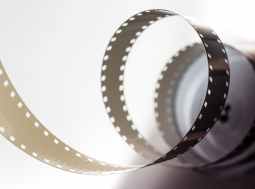 An Angel Has Fallen this weekend at the movies while ironically rising to the top spot at the domestic box office. Last week’s champ, the Good Boys were still having a great time, An Overcomer inspired, The Lion King refused to leave our great movie kingdom alongside Fast & Furious Presents Hobbs & Shaw, who were still in the action game.
The past and the present once again entertainingly intertwined this weekend at the movies, teens triumphed and action, adventure, animation (and angels) took center stage, capping off another Good time to be a movie fan.
Which of our stage gems made for one good weekend for you?
Estimated Domestic Box Office Results:
1. Angel Has Fallen $21.3 million.
2. Good Boys $11.8 million.
3. Overcomer $8.2 million.
4. The Lion King $8.2 million.
5. Fast & Furious Presents Hobbs & Shaw $8.1 million.

With summer winding down, who will capture the brightest box-office locale this weekend? Will it be the Good Boys, who made some questionably good choices last weekend or one of our other kid-friendly capers, with Dora and The Lost City of Gold discovering more success, causing our feathered friends within The Angry Birds Movie 2 to be twice as angry? What about The Lion King? How much pounce is left in his cinematic steps? Will our heroes encompassing Fast & Furious Presents Hobbs & Shaw soon be taking a step or 47 Meters Down: Uncaged, where untold action hopes to captivate a bigger audience this weekend? Might Scary Stories to Tell in the Dark keep us out of the sunshine indefinitely?

On a lighter side of town, will audiences ever find out, Where’d You Go, Bernadette? is a fun and freeing place to spend a summer day?

What imaginative place will you find yourself this weekend?

The Good Boys had one good debut this weekend at the movies, coming in first at the good ole’ domestic box office. Fast & Furious Presents Hobbs & Shaw to its adrenaline-junkie-seeking crowd while The Lion King remained royally presentable. The Angry Birds Movie 2 featured our old feathered friends angrier than ever while Scary Stories to Tell in the Dark continued to be pretty freaking scary.
Stories from the sublime to the scary graced our movie screens this weekend and the kid-friendly as well as the comedic were well represented as another summer weekend at the movies took us to some pretty good places.
What good places did you visit this weekend?
Estimated Domestic Box Office Results:
1. Good Boys $21 million.
2. Fast & Furious Presents Hobbs & Shaw $14.1 million.
3. The Lion King $11.9 million.
4. The Angry Birds Movie 2 $10.5 million.
5. Scary Stories to Tell in the Dark  $10 million.